Home/ECFF 2019/FOR ROSIE
FOR ROSIE

George has been wallowing in his grief for a few years now and Brian is sick of it. After yet another depressing, obligatory drink at the pub; Brian finally snaps and tells George he needs to ‘get over Rosie’. George hides his tears by running away. It isn’t long before Brian’s guilt and worries of inciting a suicide mount.

He attempts to apologise but finds himself roped into George’s new plan; to pay tribute to Rosie by finally getting her ‘the right headstone’: an ‘Iron Man’. Brian, though initially reluctant and argumentative, comes to enjoy their adventure and desires the end goal himself. After an altercation with the police George gives up hope and loses sight of the mission’s purpose. It is up to Brian to push them both through to the end. 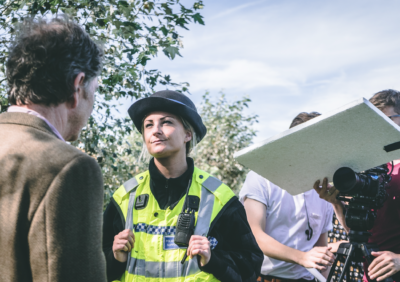