Imagine Uma Thurman’s “Bride” of Kill Bill transplanted to Grimsby and London. Grimsby Girl is black comedy about a Northern English girl, Kelly, reaping revenge on all who have crossed her with the help a finely crafted set of Grimsby made weapons.

Having relocated to London as a secretary working for a harsh female boss and a team of bullying young bankers, Kelly visits an old acquaintance in Grimsby’s fishing port seeking a solution for the prejudice views against northerners down south. Kelly returns to London with a Kill Bill style alter ego, a briefcase full of weapons, murderous intentions and a very Grimsby specific M.O. 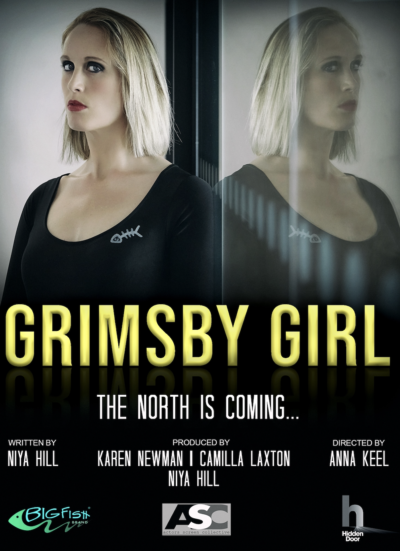 Directed by Anna Keel, Produced by ASK, Karen Newman, and Produced and Written by Niya Hill