This film was premiered at the closing ceremony of the 70th Anniversary Commemoration of the Battle of Imphal (WWII) on June 28 and since then it has been shown at film festivals around the world. Recently the film has been nominated for 3 categories including Best Short Film and Best Original Screenplay at the London International Film Festival 2018.

The film is based on the life of a Japanese war veteran Masao Hirakubo OBE, who fought in the battle of Imphal in Manipur, Northeast India. He was the founder of the Burma Campaign Society (BCS) and one of the veterans of WWII who tirelessly devoted his later life to reconciliation between UK and Japan. He died in 2008 at the age of 88.

In “IMPHAL 1944”, Junichi Kajioka writes, directs, acts and produces the film. This is his first directorial film. He acted in films such as “Spectre”, “47 Ronin” , “Johnny English 3”and “The Flowers of War”. He won twice for “Best Supporting Actor” awards at film festivals.

Junichi Kajioka states that this film aims to be a symbol of peace between Britain, Japan and Manipur. And furthermore, the story of Imphal offers the world an important message of friendship between old enemies. The film is dedicated to the people who lost their lives at the battle of Imphal. 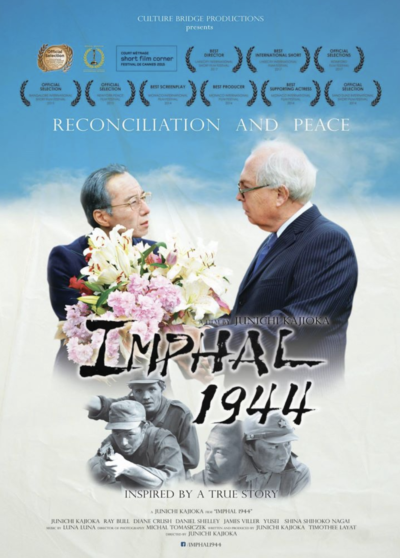