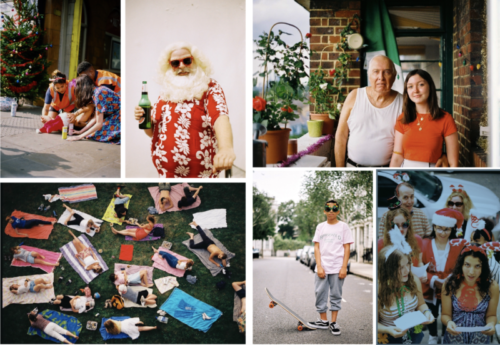 Jake: Caroline and the Film Earl’s Court team are the best. I mean, I really wish every borough had people as dedicated and just sort of interested as them, in terms of arts and culture in the area. I mean, you wish, you wish.

Brian: Can you tell me a little bit about yourself and your background?

Jake: I’m from Manchester originally. I studied English at university where I met the producer, Al Morley. We did a lot of theatre together. But then we went our separate ways for a few years. He went into tech and tech consulting, and I was a teacher for a couple of years.

After that, I started working in the film industry as a producer assistant. I was working for a great company called DNA Films (they made Trainspotting and The Beach). The producers there really encouraged me to start to make my own short films, which I then did.

I made a couple of sort of comedy romantic shorts. For the first one, I actually received some money. It was from the Barbican in 2019. I made a little documentary up in the Scottish Highlands for the them.

FILM FUNDING AND THE FUTURE

The Earl’s Court Film Fund has been really significant to me because with the financial support they offered it was essentially the first time that I really felt like a semi-professional filmmaker. The support was not just financial – it was across the spectrum.

I had been talking to Al Morley for a few years about making a short film together. This was actually the first time we’d worked together in years, and we were looking to make something a film about the climate. We also wanted to make a film about London.

Earl’s Court was a really interesting proposition because it encouraged us to focus on an area of London that we knew. Actually, I used to live there and I lived in Notting Hill also – the area is fascinating because of its amazing  film history.

And so, what we wanted to do was make a fiction/documentary fusion that fused the feel of the area with this fictional idea around climate change to make a punchy little comedy about climate change. And since then, our film and it’s unique concept has really propelled us forward.

As a result of our Earl’s Short, we’ve been selected by the BFI (as part of this climate lab) to pitch our concept as a feature film. BFI have been very supportive and we are now being paired up with various mentors and people to help us realise the dream of making a feature version of this the 2025 short film.

I can’t emphasize enough how important the Film Earl’s Court funding and encouragement has been. The Earl’s Court Film Festival gave my directing career a complete kick up the arse!

Looking ahead, we are supposed to be delivering a treatment to a few different film bodies over the coming weeks. And then the dream will be to shoot it.

What’s quite good is that we plan to shoot the film documentary style – we’ll have a very small crew. This works particularly well given the current situation with Covid-19. We plan to work on this in summer 2021, finance depending, of course.

Brian: Amazing! Is your new feature going to be based on 2025: The Long Hot Winter? How far do you think it will differ?

Essentially, it will retain some of the tone and be comic and entertaining, but still hopefully have a kind of hard hitting message to it. However, there’ll be a lot more narrative in there. And the exciting thing is that I hope to revisit the same Earl’s Court non-actors that we used in the short film for the feature version of.

Brian: This future film will highlight and involve Earl’s Court, potentially – this feels like a very virtuous cycle, which is great.