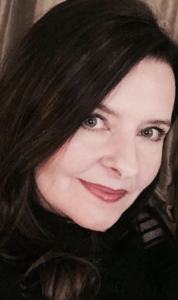 Helen is a BAFTA and International Emmy Award winner, both of which she received for her TV screenplay adaptation of ‘Dustbin Baby’ (BBC/Kindle Entertainment) starring Juliet Stevenson, David Haig and Dakota Blue Richards. She wrote the much acclaimed and controversial film ‘Pleasureland’ for Kudos/Channel 4 (BAFTA, RTS nomination) and has scripted numerous episodes of teen soap ‘Hollyoaks’ (Lime Pictures/C4). Helen wrote for the much-loved ‘Call the Midwife’, series 7, in 2018.

Helen is currently the creator, lead writer and associate producer of the BAFTA nominated CBBC series ‘Hetty Feather’, based on the best-selling children’s novel by Jacqueline Wilson – now in its sixth series.

Helen also writes for theatre. Her first play ‘Caravan’ won the George Devine award, and Helen was nominated for the ‘Playwright of the Year’ award.

She has written a feature-length screenplay of the Noel Streatfeild classic ‘White Boots’ and has both film and prime-time TV projects currently in development. She is currently writing a stage play for the Royal Court Theatre, London.

Helen is Chair of the BAFTA Children’s Committee, a member of the BAFTA Council and a board member for the Liverpool Everyman & Playhouse Theatres. For the British Council, Helen has just visited the Jaffna International Cinema Festival in northern Sri Lanka to help develop the scripts of eight young female creatives as part of the Female Filmmakers First project.