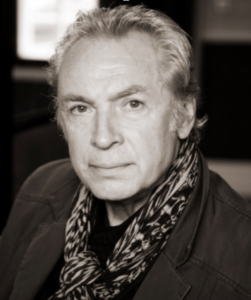 Leigh Lawson trained at RADA. He has played leading roles at the Royal National Theatre, The Royal Shakespeare Company, in the West End and on Broadway. He has had leading roles in 14 feature films, many of them receiving Academy Awards.

His film credits include: The Red Tent; Casanova; Out of Depth; Madame Sousatzka; Sword Of The Valiant; Tess; Golden Rendezvous; The Tiger Lily; Sword And The Fire; Love Among The Ruins; Ghost Story; The Devil’s Advocate and Brother Sun, Sister Moon.

Leigh has worked with acclaimed directors such as Roman Polanksi, Istvan Szabo, John Schlesinger, Franco Zeffirelli and George Cukor. His many television appearances include the leading role in three TV series: Travelling Man (Granada); Stick With Me Kid (Disney); and Kinsey (BBC), plus numerous mini-series in both England and America.

He has directed plays in both London and New York. Leigh’s book, The Dream, was republished as an ebook this year on Amazon.