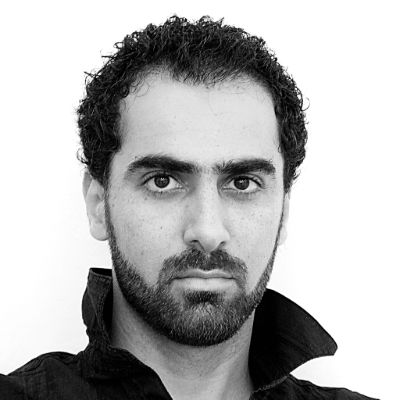 Vahid Evazzdeh is an Iranian-Danish award-winning filmmaker and theatre director. He was born in Iran and worked there as an artist until the year 2001 when he went to Denmark to study with Eugenio Barba and Odin Teatret. Today he lives and works in London. Vahid has also studied with a number of masters including Augusto Boal (Theater of the Oppressed), Akira Matsui (Noh), Augusto Omolú (Orixa Dance), Thomas Leabhart (Mime) etc. Vahid directs and produces artistic, cultural and socially relevant international projects that challenge the states quo both artistically and they way they are produced. He specializes in training performers (actors and dancers) with the method of Formative Theater he has developed since 2006. He has studied political science and economics at Copenhagen Business School and Multimedia Design at Copenhagen Technical School. Vahid was on the board of directors and is now an expert at Roberto Cimetta Fund (an international association for arts mobility). Vahid is also the chairman of The Counter Institute as well as the CEO of the film production company, doublExpose Ltd. Vahid was a member of the Advisory Board of IETM between 2016 and 2019 and a member of the IETM IDEA group today.