TO A CINDER is a feature length film shooting in Earl’s Court in early 2021.

The film has been developed by Henry Scriven (writer/director), Paula Comley (producer) and Seep Scriven (associate producer), all Film Earl’s Court alumni and jury members, and is being co-produced by Film Earl’s Court. It will be Film Ear’ls Court’s first feature film and it will screen in Earl’s Court towards the end of 2021.

Based on the acclaimed graphic novel HER! by David Taylor, TO A CINDER tells the story of a stakeout that turns to obsession. Having botched his last job, a hitman is brought back to basics with a simple surveillance mission; watch a beautiful stranger, and don’t get too close.

Having raised almost the entire budget needed, we are now launching a Kickstarter campaign to complete funding and spread the word. If you would like to help out with this local film you can use the link below to access the crowd funding campaign which is launching in October. Rewards include the comic book the movie is based on, the screenplay, tickets to the premiere, the chance to be an extra in the film and much more.
Henry Scriven, Director 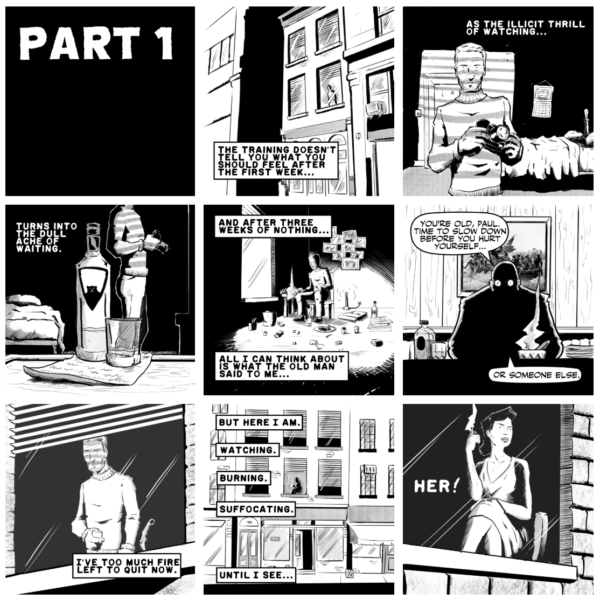 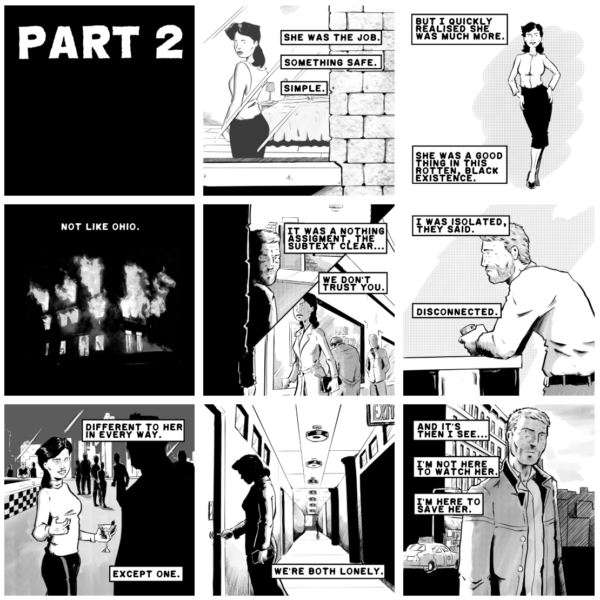